Transition from coffee to PirateTea

Why PirateTea is the best option for active people?

Nowadays the consumption of coffee is around 40% of the world’s population compared to the beginning of the 20th century where it was 25%. In the USA, these figures are higher and equate to about 65% of the US population. Coffee lovers around the world who reach for their favorite morning drink probably aren’t thinking about its health benefits or risks. In 1991 coffee was included in a list of possible carcinogens (organism or agent capable of causing cancer) by the World Health Organization. Coffee is still highly debated topic. Additional research suggests that when consumed in moderation, coffee can be considered a healthy beverage.

Unfortunately, that is not the reality. A lot of people are living in a busy full of appointments life. And when we are not enough motivated or without enough energy, we often consume way more coffee or highly caffeinated beverage than we need. When we consume coffee regularly and in large quantity, we suffer from the side effects associated with high caffeine consumption such as: anxiety, problems with sleep (insomnia), fast heart rate. But there is a solution to that problem. You need to limit your coffee consumption to allow your adenosine receptors (caffeine receptors) to be cleaned and after two weeks you have to gradually include other beverages with very little amounts of caffeine no more than 10mg per 100ml (one cup of coffee usually contains 40mg of caffeine). After your coffee break, you are going to feel refreshed with less anxiety, your sleep quality will be better, and you will not need the large amounts that you have used in the past.

What you need to know about coffee?

Coffee is most often used in combination with painkillers such as aspirin and acetaminophen (paracetamol) it can be used to calm headaches or migraines.

Some people use it for asthma, gallbladder disease, inability to concentrate and focus, shortness of breath and low blood pressure.

Coffee also has a wide application in fighting weight gain and can be good for type 2 diabetes. Its effectiveness is also the reason why it is seriously prevalent among fat burner type dietary supplements and other stimulants.

The question is, why do we need alternatives to caffeine, when it has so many health benefits?

It can raise blood pressure; it is also known for its diuretic properties. With frequent and prolonged use, it loses its effect to a great extent.

To resume its properties, it is necessary to do a “caffeine” detoxification. It’s strictly individual, but the complete cleansing of the body of caffeine can take from 2 weeks to 2 months, and this depends mostly on your daily dose of coffee consumption.

Another interesting fact is that the half-life of caffeine is 6 hours, which means that if you take 150 mg of caffeine, only 75 mg will be active in the body after 6 hours.

It enters the blood extremely quickly and takes up to 45 minutes to be 99% absorbed.

There are several reasons to consider a caffeine detox or coffee alternatives:

Whatever your reason for quitting and looking for alternatives, stopping coffee is not an easy task, both physically and mentally.

Usually there are two fields of action:

You’ll get an objective assessment of coffee’s impact on the body.

If you still can’t imagine your day without the energy that comes with caffeine, you’re not alone. 8 of 10 adults drink at least 3 cups of coffee a day.

It’s possible that you don’t consume coffee because you like the taste, but the energy it gives to you hasn’t been the same in a long time. Coffee is the most consumed psychoactive substance worldwide and developing an addiction to it is quite a possible phenomenon.

When adapting to the effects of caffeine, there is a decline in work productivity, and in relation to this, there is a loss of motivation, increased tendency to conflict, even paranoia. In groups exposed to the same effect (e.g., office environment), coffee overconsumption over a prolonged period (3-5 cups of coffee daily) sharply reduces individual and group work productivity and increases social tension within the team. The same can be applied to the family environment.

The world health organization recommends dose of 300mg to be safe. Other sources range in recommendations for a safe dose between 180 to 400 mg of caffeine per day.

Typically, intake of 300 to 400 mg of caffeine within 8 hours can lead to overdose and overstimulation of the central nervous system, called caffeine poisoning. Here are some of the effects seen when this condition occurs:

Adaptation to large amounts of coffee

A study in which middle-aged, healthy volunteers were given 3 doses of 300 mg of caffeine each daily, fully adapted to taking it within 18 days. Some of the volunteers adapted even much earlier. This proves that the effects of large coffee intake diminish with steady daily doses.

Taking large doses of coffee for long periods of time (more than 4 weeks) can lead to the condition of caffeinism, close to a mild and worsening form of caffeine poisoning. It is recognized by the desire of those affected to take larger doses of caffeine-containing drinks – coffee or energy drinks.

The harms of systemic coffee use

In addition to caffeine poisoning and caffeinism, there are two other health abnormalities associated with prolonged coffee intake: coffee – induced insomnia, and a complex of coffee – related conditions. Daily intake of large amounts of coffee can push any person toward some of the induced health problems.

Why PirateTea is the best alternative to coffee

Stopping coffee is a hard task, but it can change your life. By using some PirateTea, you can try to reduce the amount of coffee you take and acquire new healthier habits along the way.

Keep in mind that reducing or stopping your coffee intake will not instantly affect how you feel and your energy levels in general because, as I mentioned at the beginning of the article for a complete “caffeine detox”, it takes anywhere from 2 weeks to 2 months.

Finally, if you are having a problem with drinking a lot of coffee, Pirate tea is a much healthier alternative!

Are you considering cutting back on coffee? PirateTea might be the solution for you.

The stimulating ingredients of PirateTea, tea for men

PirateTea, tea for men consists of 22 herbal treasures. Together they form a healthy tea mix that vitalizes the mind and body naturally. The complete ingredients list can be found on our page: ingredients. But let me mention some of my favourite ingredients and their unique effect. 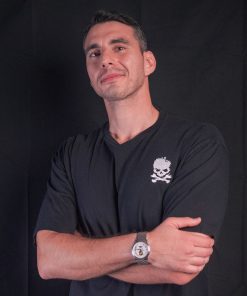 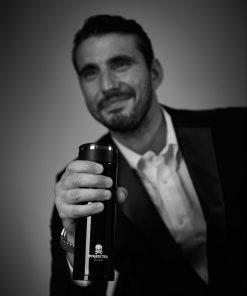 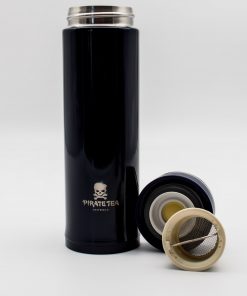 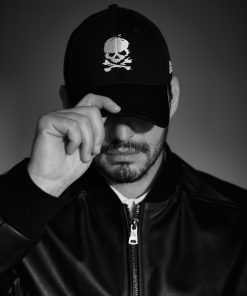 Tea for men, the natural boost

Men’s tea is a tasty thirst quencher. it tastes good and refreshing at any time of the day, and any day of the year. In winter, a steaming cup of men’s tea warms you comfortably from the inside out, in summer it is ideal as a refreshing iced tea. Drink it in the morning as a healthy alternative to coffee, use it as an alternative sports drink or end a busy day with a cup of PirateTea, tea for men. Our blend is edifying, healing and formulated to stimulate, but contains no caffeine.

About PirateTea, the special tea for men

PirateTea, tea for men originated from the need to do more for my body when I turned thirty myself. I wanted to be able to maintain my sporting performance. I am a chess player and a poker player at a competitive level. I want to keep enough energy and balance to be able to travel without jet lag and stay focused. My body pointed out to me the downside of using regular energy drinks full of sugar and caffeine. And why should I drink it? I love tea, just like my sister. She pointed out to me the natural benefits of guarana and Yerba Matte tea. Further acquaintance with herbs and teas, inspired me to do in-depth research into herbs and teas, which can naturally contribute to a better quality of life. The journey to PirateTea for men had started.

I visited North and South America, the Far East and Russia and discovered different teas and herbs and their effect. I got to know Oolong tea, Ashwagandha and Siberian Ginseng. But also, Tribulus Terrestris and Ironweed (Mursalski chai) stimulate the testosterone level naturally. Afterwards, I worked together with scientists from the National Academy of Sciences in Sofia. They helped me find the benefits of Ginger, Mace and Lapacho, but also to find the right proportions to deliver every ingredient in PirateTea, tea for men its maximum benefit.

Through my own journey and curiosity for teas that support the male body, PirateTea was born. This tea for men, in a balanced combination of teas and herbs, helps to maintain energy levels and concentration levels for a long time and increase performance levels. And of course, there is also enough time spent developing a tasty tea for men. Try it yourself and let me know how PirateTea for men works for you!